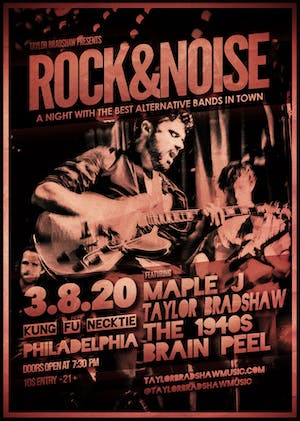 With an energetic vibe that fuses edgy, raw alternative and garage rock with folk and punk sensibilities, NYC based singer-songwriter, Taylor Bradshaw is a fascinating study in emotional extremes, taking the volume way up and rocking intensely, then easing off into dreamier introspection. A lot of his songs are influenced by bands in the city’s thriving punk scene.

When he’s plugged in during his full band shows, Bradshaw makes no apologies for cranking it up, getting loud and shredding to the point where blood streaks his guitar. When performing smaller acoustic shows, he explores the more heartfelt side of his artistry via the acoustic guitar.

Taylor is set to release his debut album Twine and music video this February, kicking off his tour of the American North-east.

Maple J is a blues rock band from Philadelphia blending our love for blues, rock, jazz, hip hop, and r&B music to create something of our own, a modern sound with classic influence to kick back, sing along, and inspire a positive outlook on life! 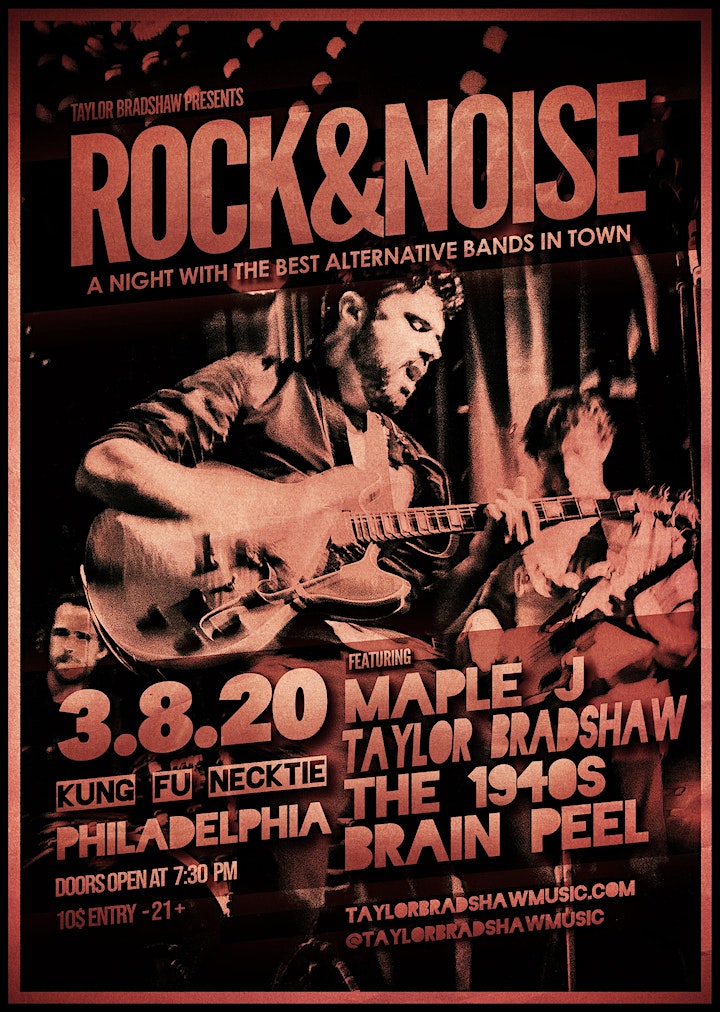