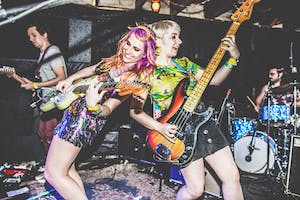 Quirky 60's garage rock is reimagined from the nose of a surfboard, making High Waisted feel like a psychedelic lullaby. NYC surf rockers with pop sensibilities, feminist ideals and an affliction for rock and roll. They’ve been called NME Magazine’s “Buzz Band to Watch,” “The Ultimate Party Band” by GQ and have received praise from Consequence of Sound, Noisey, and Paste. They released an interactive video in collaboration with Refinery29, performed sessions for Nylon Magazine, Paste Magazine, and Sofar Sounds. The group spent 2016/17 touring, playing Riot Fest in Chicago and Denver as well as supporting such acts as Brazilian Girls, Shannon and the Clams, Kitten, Titus Andronicus, The Donkeys, Har Mar Superstar, Jessica Hernandez, La Sera, Diarrhea Planet, and La Luz. They released a track for NPR’s More Perfect, a split 7” which debuted on Billboard, followed by a music video premiere on UPROXX. Their upcoming sophomore record was produced by Tad Kubler (The Hold Steady) and mixed by Arun Bali (Saves The Day). Every show is a party when lo-fi fuzzy bass, reverb drenched guitars and radiant harmonies mesh to create the melodies of your wave-crashed daydreams. 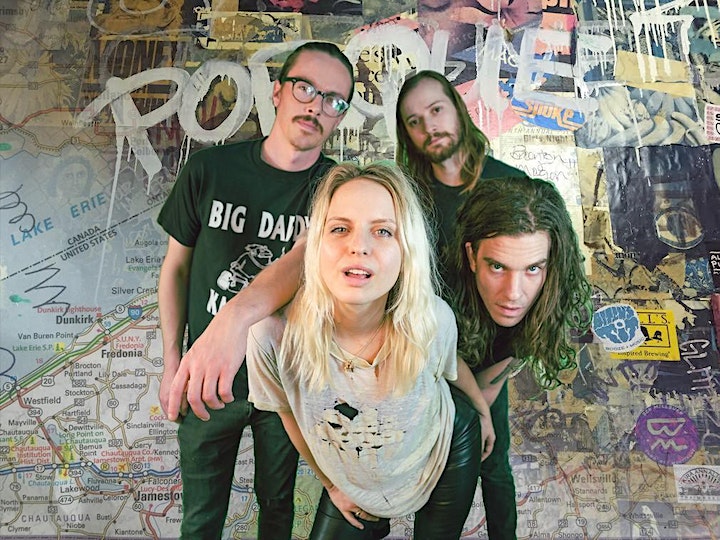 Reality Something is Elena Franklin, Kingsley Brock, Ethan Place, and Bill Grasley. The usual story is, they are an alternative rock band from Nashville, TN that you will probably like because they are very good.

Here is the more interesting story.

Imagine that all your life, you've done one thing. It doesn't matter what it is - actor, singer, juggler, whatever - but you've been doing it all your life and you think you like it, but you have this creeping suspicion that maybe you just don't know any different. And then one day, when you're 23, you suddenly decide you're gonna stop, cold turkey, and move across the country to a new city - let's say, Nashville, TN - where you know a literal handful of people but theyâre always on tour and youâre always at home. And suddenly not only are you alone (surrounded by a lot of guitars), but really, your whole identity is gone and you have to start all over.