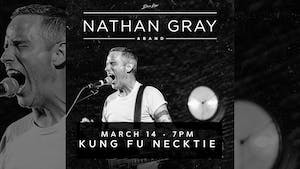 I write songs, and then sing them in front of people. Hope you enjoy it.

Cardinal Arms is the acoustic singer songwriter project of Philadelphia musician, poet, and street artist Bevan McShea. Bevan is the guitarist and singer of the post hardcore bands Overbrook and experimental, shoe gaze outfit The Phoenix Veil. After years of contributing to live and studio sessions in the Philadelphia and NYC hardcore, punk, and hip hop scenes, working with a diverse roster of artists from members of McRad to Dag Nasty to Wu Tang Clan, Bevan finally returned to his singer songwriter roots for the faith based, post emo, atmospheric sounds of Cardinal Arms. The culmination of songs he had been writing for seven years and was ready and excited to share. After two home recording demos, Cardinal Arms enlisted producer Tommy Joyner (James Taylor) and a select group of studio players including Andrew Meoray (Meek Mill) and Chuck Treece (Billy Joel. Lemonheads, Pearl Jam) and recorded "Brother Wings." The debut album recorded home in Philadelphia's Franklin Hall (Electric Factory)