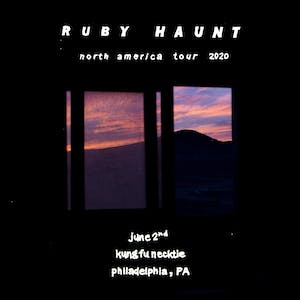 Childhood friends, Ruby Haunt (fka Haunt) is an american musical project conceived by Wyatt Ininns and Victor Pakpour sometime in 2015. The duo wrote their first three EPs while in school via opposite ends of the west coast (Los Angeles and Portland), exchanging musical ideas over email. In this time they received support from Nowness, Henrik Purienne, Vogue Italia, and various tastemaking YouTube channels for their unique songwriting and self-produced music videos.