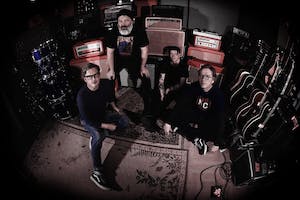 Hold Down The Ocean

Shiner formed in 1992 and soon found themselves signed to DeSoto Records, (owned by Jawbox’s Kim Coletta and Bill Barbot). The band began a creative high and a busy touring schedule that endured for years, with their final album in 2001 The Egg a critical success. Pitchfork said, “Shiner's six-string bloodletting beats the crap out of anything you'll hear on commercial FM these days" and All Music noted, "The songs themselves bask in an epic splendor, replete with the kind of arrangements that reward repeat listenings" Along the way countless tours of the US, Europe and Japan, and 4 full-length albums gave them a fiercely loyal set of diehards. Comparisons with their contemporaries of HUM, Jawbox, Failure, and Swervedriver were unavoidable, but Shiner carved a path of their own with a dedication to song-craft and musicianship wrapped in darkly sugared hooks.

Shiner broke up in 2002 but 10-years later re-released The Egg on vinyl and played sold-out shows in New York, LA, KC and Chicago. Those were some of their biggest shows ever and many in the audience were new to the Shiner fanclub. In 2018 the 4 of them - drummer Jason Gerken, bass player Paul Malinowski and guitarists Allen Epley and Josh Newton decided they were not quite finished, there was another life for Shiner they could not ignore. 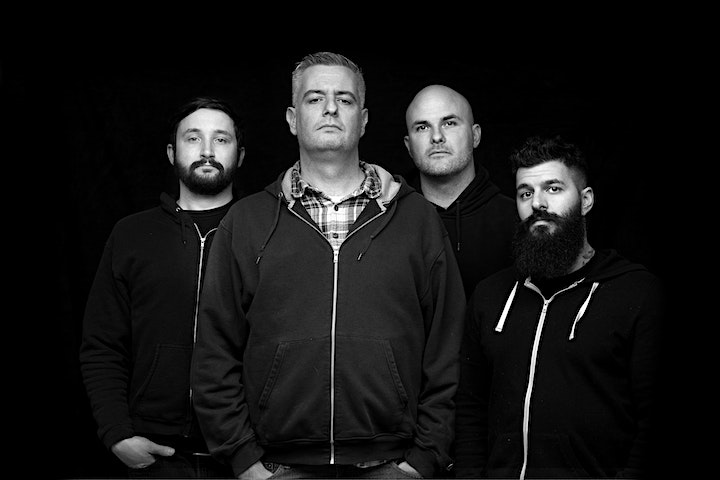 Hold Down The Ocean

Hold Down The Ocean is a four piece band from Southeastern Pennsylvania. Coming together initially as a side project of Philadelphia Hardcore mainstays All Else Failed in 2015, HDTO quickly took on a life of its own. While the mission statement called for increased sonic exploration and broadened horizons in the form of looser arrangements, lush soundscapes and droning ambience, old habits die hard, and the occasional bursts of energy an aggression peek through the clouds. 2020 sees the band prepping their second EP as well as their second LP, which are each due for release in the Fall.