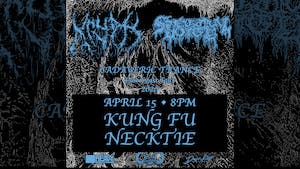 Last year, Polemicist burst through the gates with their iron-fisted debut, Zarathustrian Impressions, released August 30, 2019 on Fòlkvangr Records. The Philadelphians play Melodic Black/Death Metal, using melody and harmony as an integrated tool of attack and release. The album has received a notable amount of press while the band is simultaneously at work spreading their 'philosophy-metal' in spirited ritualistic settings. Polemicist is scheduled to return to the studio Summer 2020 to finish their follow-up release.