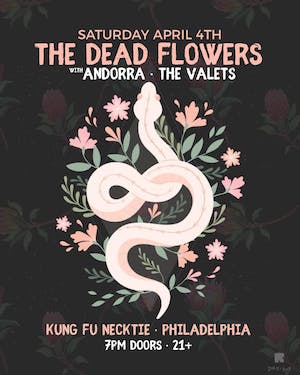 The Dead Flowers / Andorra / The Valets

Fabricated in the basements of the underground New Brunswick music scene, The Dead Flowers is a young Rock N Roll band that bring involuntary movement of the head and hips. The hypnotizing melodies and chest pounding rhythms combined with a captivating live performance sends shock waves through an already mesmerized audience. Fueled by a train of euphoric solos, galvanizing vocals and thundering beats, these are not you're conventional Rock N Rollers.

“Soaked in Bud Light and regret,” Andorra consists of Kevin McCall, Jordan Petrellis, Michael Trycieckyj, and Dante DiLoreto. The band officially formed in 2010, hailing from Philadelphia, PA and named themselves after the respective city suburb (not the country.) Catch them LIVE, in dive and clad in flannel. 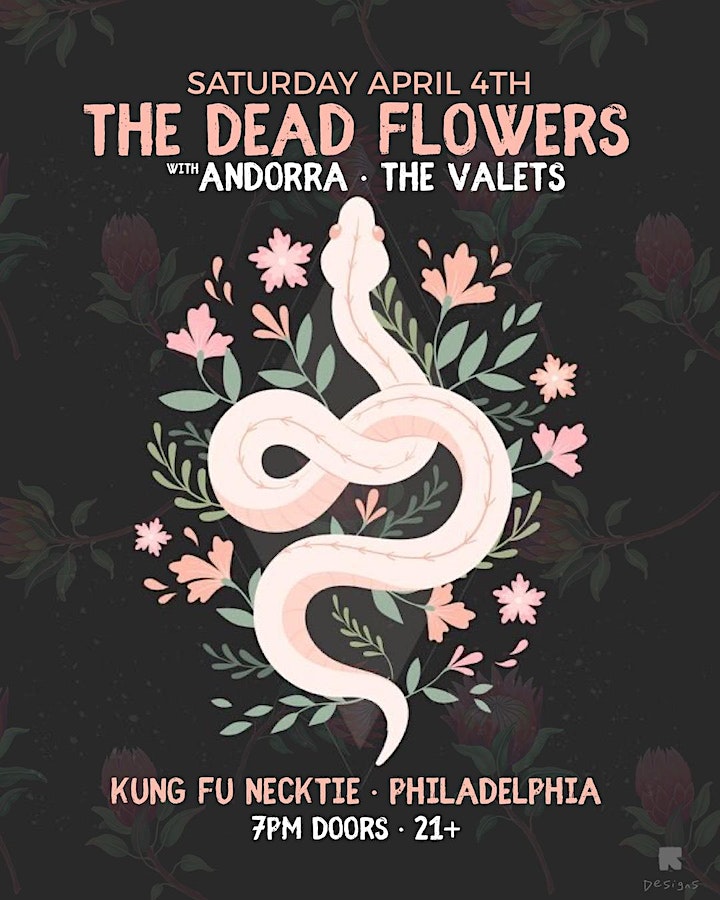